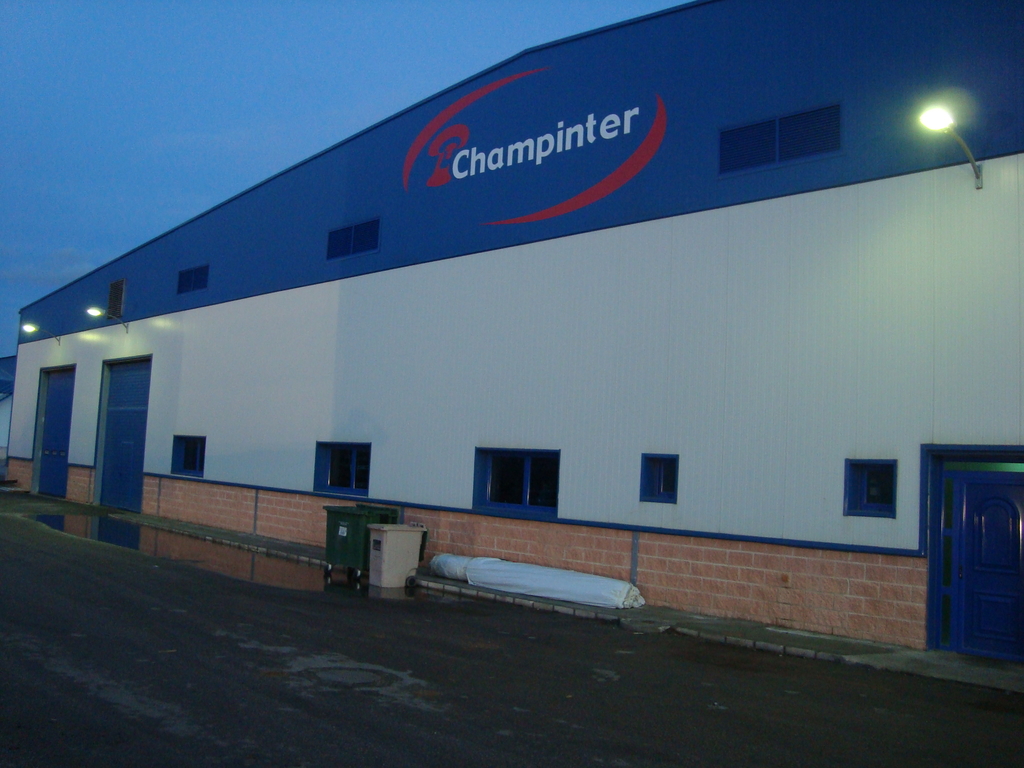 In 1977, the Cooperative Society CHAMPINTER was set up to spread the word
about the excellent reputation of the Manchuela mushroom, considered by
gourmets to be the “white gold” of their kitchen.
“The first project we built with Christiaens was started in 2006. The project
comprised 5 bunkers and 14 tunnels. Due to the rising demand for phase 3
compost we decided to construct additional tunnels. In 2010 we gave Christiaens
the order to build another 18 phase 2/3 tunnels. This project is finished in the spring
of 2011. The tunnels have a capacity of 1300 tons of phase 3 compost a week.”
“Champinter chose the Christiaens Group because of the outstanding results they
produced on the first project.”
http://www.champinter.com/

Champinter is a large cooperation in one of the major mushroom production areas of Spain. Champinter had already a facility of 7 bunkers and 31 tunnels. To fulfil the growing demand they got the plan to build a new tunnel facility on the same location. Christiaens was chosen to do the expansion.