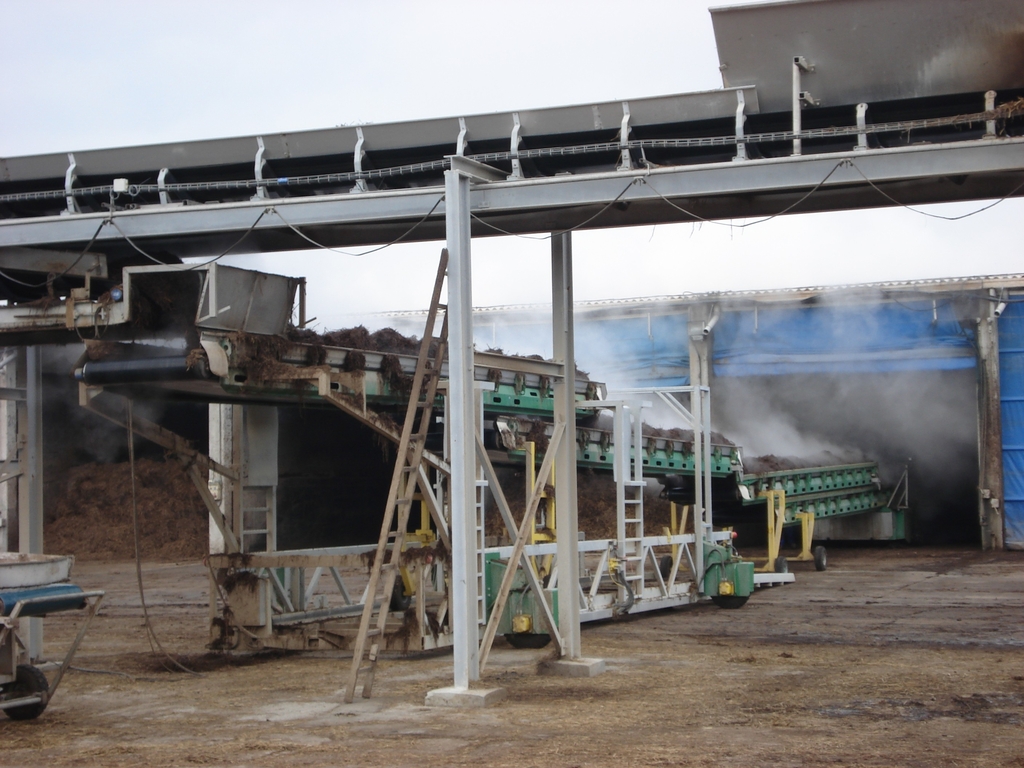 Champra is a cooperative compost producer in Pradejon, la Rioja who produces
phase 2 compost in blocks, mainly for it’s own members. The Phase 1
compost yard consists out of 21 aerated indoor tunnels of each 150 Tons.
There are 2 rows of tunnels opposite to each other; one of 10 tunnels and
one of 11 tunnels with a 50 m. wide apron in between.
The problem with the existing yard was that due to it’s set-up and the (not)
available mixing equipment the compost had to be re-tunneled quite often.
Bearing in mind that the batch sizes are considerably small, it meant a lot of
handling of material and machines.The existing filling equipment consisted out
of 2 sets of filling belts with each a small compost hopper.
Christiaens was given the task to re designed the lay out of the mixing and filling
equipment with the goal to increase the compost quality and handling
speed and eliminate a part of the labour and loader costs.
By placing a central conveyor system in combination with a Christy floor
mixing hopper and a tunnel filling cassette with a overall capacity of over 250
tonnes / hour all targets were achieved; higher production, better quality with
higher efficiency.
Project overview