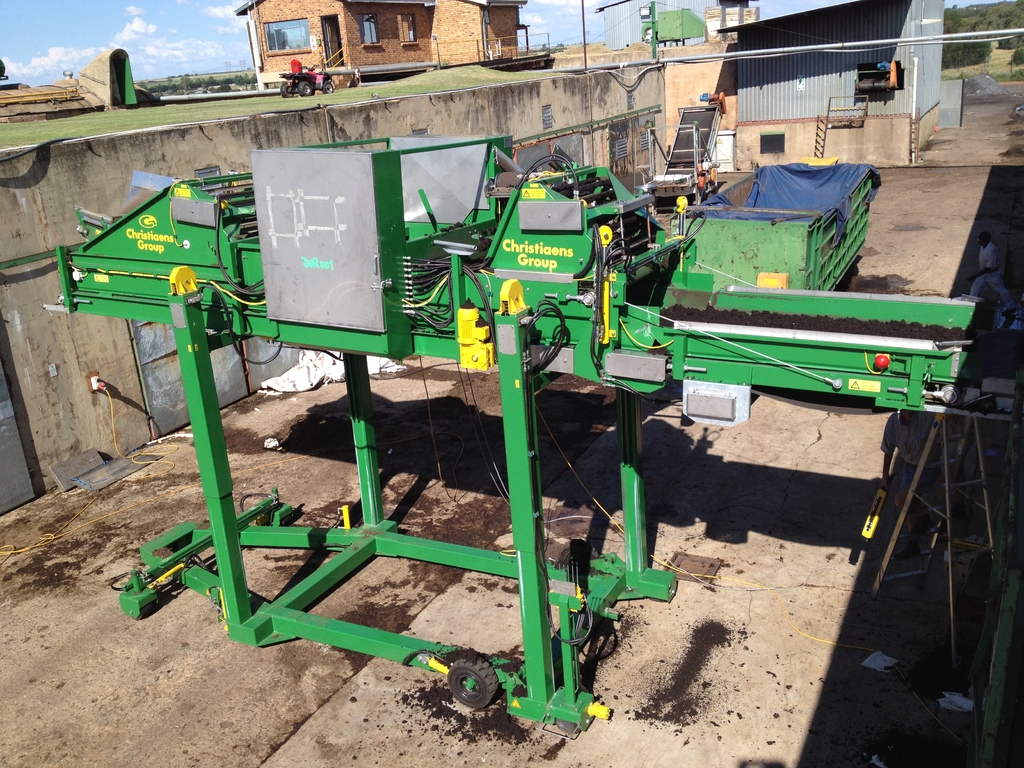 Country Mushrooms is situated in Gauteng, ±40km from Johannesburg’s OR
Tambo International Airport. The company was started by three brothers and
their partner in 1986 and is now currently owned by 3 shareholders.
Country Mushrooms is based on 2 locations separated only a few kilometres
from each other. One of the locations is the former Mushrooms Cordon Blue
also known as the Aalwyne Farm which works with wooden trays. The other
farm is Wattlewood also formerly known as Country, which works with
shelves in combination with loose compost. Both farms are self-supported,
and therefore both have a phase1 and phase 2 compost yard and growing
facility. Both farms also now trade under the name of Country Mushrooms.
Wattlewood farm: The management of Country Mushrooms felt the need to
expand its operations and upgrade its facilities at the Wattlewood location,
in order to keep up with the market trends. Christiaens was approached
to upgrade 9 of their growing rooms with new shelving and computerised
controls. A Christiaens Hybrid head-end filling Spawning/Casing Machine
was also introduced where it has reduced the operation time with 50% and
has proved to be less labour intensive. Christiaens were also involved in the
upgrading of the cooling plant with the addition of a heating and steaming
boiler and has also been proven to be most effective in the operations.
Country Mushrooms foresees a noticeable improvement on the production
and quality. The management of Country Mushrooms were very pleased with
the high standard of service, equipment and knowledge and expertise of the
staff of Christiaens. We definitely see ourselves doing more business with them.
Project overview