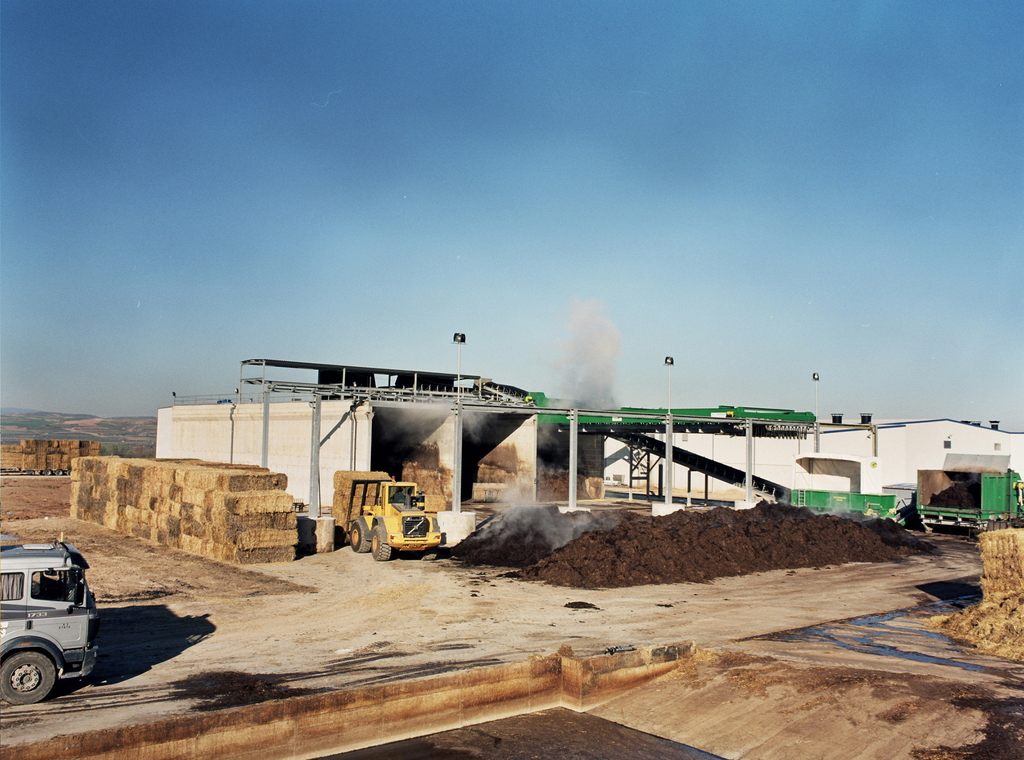 In view of the higher demand for phase 3 compost, Germinados has decided to
expand its compost plant. Initially nine tunnels and three bunkers were built.
The decision has now been made to expand the plant by in total eight tunnels
and two bunkers. The first phase of this expansion was ready early 2011.
Germinados chose to place as many tasks as possible in the hands of a single
partner. All the elements after the concrete floor has been laid will be supplied
by Christiaens – from the steel structure up to and including the installation of
the electronics.