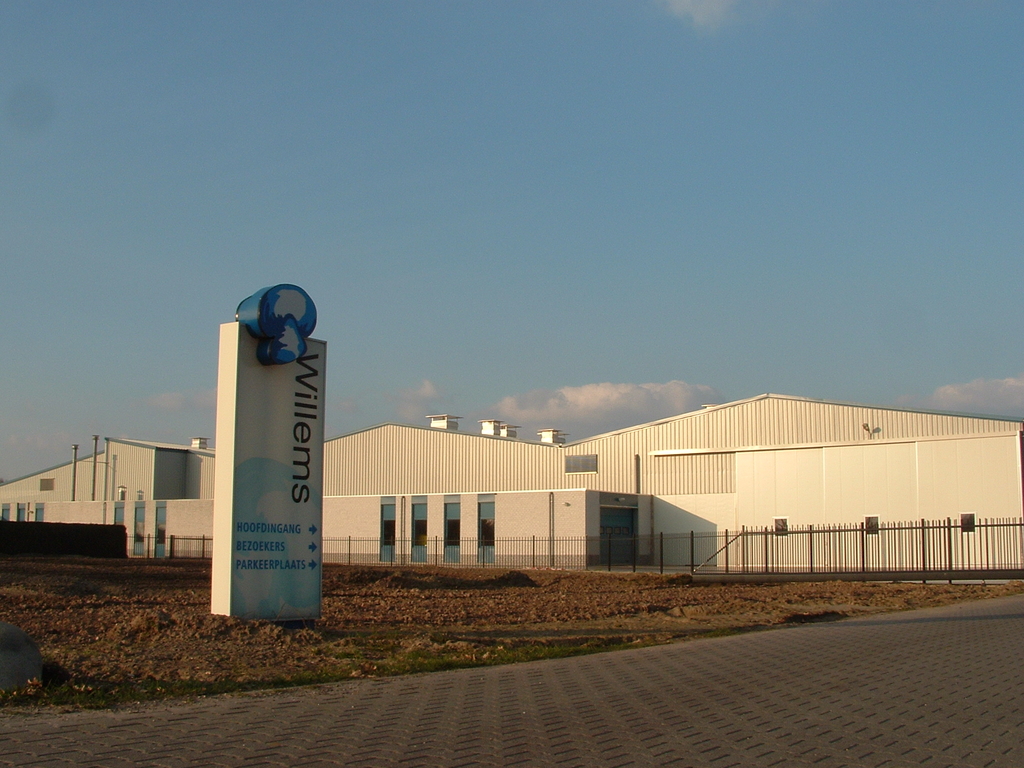 Due to the limited opportunities for expansion on the existing site and with
a view to establishing uniform growing rooms, Willems BV decided to extend
the oldest of the existing rooms and to replace the shelving systems with
identical ones to those in the most recently constructed rooms.
The production area of the 12 oldest rooms was increased from just over 600m2 to
1476m2 per room. Whilst the rooms were being renovated, growing continued
for as long as possible in the existing rooms. The farm, which is run by just 8
people, now comprises 24 growing rooms, each of which measures 1476m2.
This makes it one of the largest farms in Europe, with a production capacity of
more than 15,000,000 kg/year.
Project overview