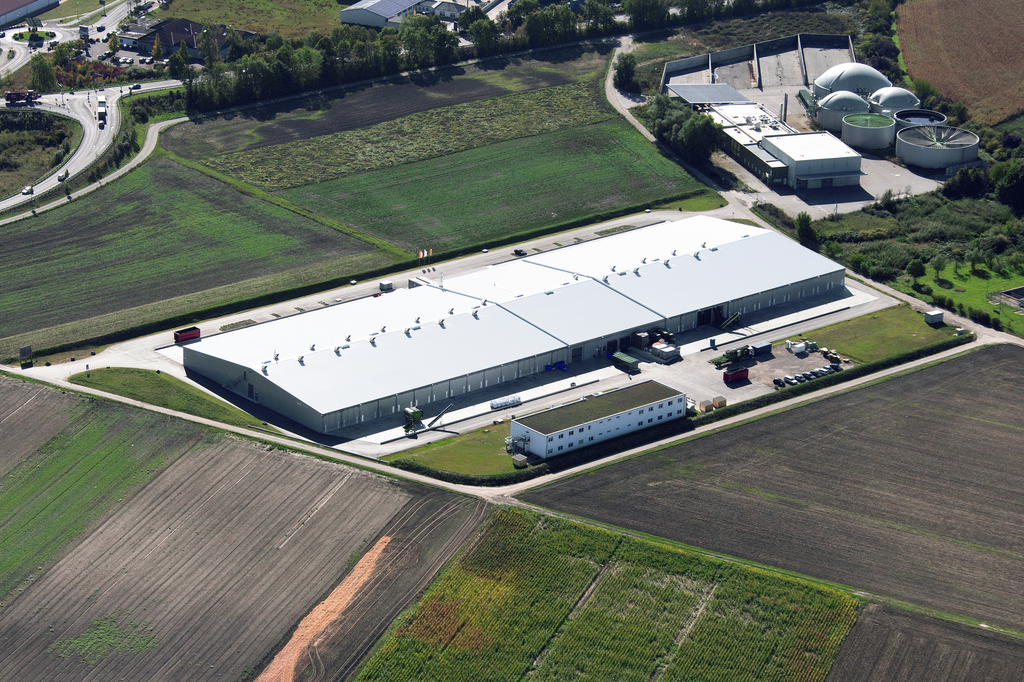 One of the biggest growers decided to build a new facility from scratch near the market of Frankfurt. Christiaens was given the order to build 22 growing rooms of 820m2 completely turnkey. The project was split into 2 phase to be able to have mushrooms before Christmas and to start-up the project in 2 steps. The first stage was 14 rooms. In November 2014 the first rooms were filled. The second stage of 8 growing rooms will be ready in the summer of 2015.

This farm uses one of the most efficient energy systems. A heat pump running on ammonia in combination with heat storage in the ground is installed for supplying the cold and warm energy.

The air handling systems are placed on top of the ceiling so the ceiling of the working corridor is raised till the level of the growing room ceilings. This allows the farm to be used with all kind of new developments in pinning and harvesting.