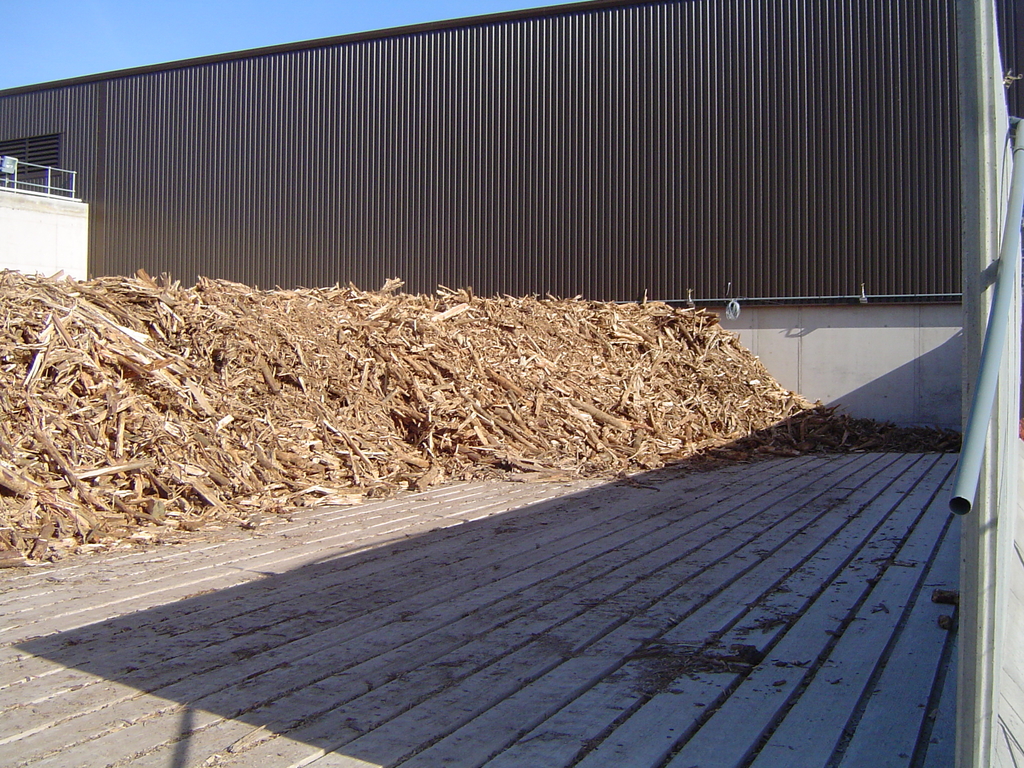 Biffa Waste Services Ltd. and Christiaens Group have realized an In Vessel
Composting Facility located at Etwall in Derbyshire.The input and experience
of Garbology Ltd.’s Jason Allum and Mike Hayward, as Christiaens Group UK
agents, contributed to the successful completion.
This Facility is able to treat over 24.000 tonnes of green waste and kitchen
waste per year and will allow Local Authorities to recover up to 20 percent
more household municipal waste.
This facility contains 6 sealed concrete tunnels which can be opened from
both sides. With this set up physically separated areas are created which
prevents cross contamination of the processed materials by the fresh
incoming waste.
Odor is mitigated to a high degree through the combination of sealed tunnels,
negative air pressure, high flow aeration system, a totally sealed air handling
system and a compost process biofilter.
The facility is in operation since April 2007 and gained positive release by the
Veterinary Officer within a few weeks. The Facility is now being operated in
close communication with the Veterinary Officer. ABPR approval is expected
in the nearby future.
.
PHASE 1 COMPOSTING
Once the tunnel is completely filled, the composting process commences. In order
to comply with the regulations set out in the ABPR the control system enters the
‘kill stage’ after reaching 60°C on both compost temperature and air inlet
temperature.
The testing period of this facility has shown that as soon as the air inlet
temperature gets above 60°C all the materials are above 60°C.This was indicated
even more by the additional temperature probes which were located at the
bottom of the tunnel adjacent to the outside wall. During the testing period a total
number of 8 temperature probes were used to measure the compost temperature
throughout the entire pile of compost. Additional manual compost temperature
measurements were carried out on the identified critical spots to take the last
doubts away. It is safe to say that the Christiaens In Vessel Composting System can
fulfill all the requested temperature profiles throughout the entire tunnel.
The retention time in the phase 1 tunnels varies from 5 to 10 days, depending on
the amount of feedstock coming into the facility.
PHASE 2 COMPOSTING
MATURATION
In order to comply with the ABPR, the set out temperature profiles have to be met
twice. Therefore the materials are transferred from the phase 1 tunnels to the
second phase tunnels where they are treated in the same way as in phase 1.The
second phase was tested in the same way as the phase 1 with the same satisfying
results. The retention time in the phase 2 tunnels varies from 5 to 12 days
depending on the amount of feedstock coming into the facility.
Because of the relative short retention time in combination with high composting
temperatures the degree of composting is relatively low, therefore requiring
additional maturation of the compost. After the materials have been processed
through the tunnels they are put into windrows outside on a concrete pad. After
a certain period of time the compost is mature enough to get PAS100
accreditation.
After the good results that were achieved in the Biffa Etwall In-Vessel
Composting facility, a second facility is realized for Biffa Waste Services Ltd.
For this project Christiaens Group partnered up with G F Tomlinson Group,
who where responsible for the civils. As already was the case for the Biffa
Etwall IVC, the cooperation was very successful.
The input material for the Ufton IVC is collected in the Birmingham area and
consists of mixed green and food waste. Depending on the season the ratio
green/food waste is varying from 80/20 to 60/40.
Due to the content of food waste the material coming out of this facility
has to meet the strict Animal By-Product Regulation. ABPR is legislation
that became active after the devastating Foot & Mouth diseases that swept
throughout Europe some years ago. The ABPR should limit the spreading of
diseases, by demanding a pasteurization period. Currently this requires the
waste to be above 60°C for 2 x 48 hours.
The design capacity of this two stage system is 40.000 tonne/year. The
lay-out consists of a receiving/tipping hall which gives access to the 5 stage
1 tunnels. The stage 1 tunnels have double access doors to prevent cross
contamination. After stage 1 the waste is put into one of the 3 stage 2 tunnels.
After stage 2 the waste is stored outside to mature.
To minimize odour emissions the whole building is kept at negative pressure,
preventing emission of odours. The exhaust of the tunnels is centrally
collected after which it passes one of the water scrubbers and is then blown
through the biofilter for final clean up.
The Ufton IVC facility received the first waste in September 2009. The facility
was ABPR approved in March 2010. Currently (summer 2010) throughput is
even more then the design capacity, without having any problems.
Although the facility is working very well Biffa Waste Services Ltd is always
looking for further improvements. Currently they are looking towards
changing the two-stage pasteurization protocol into a SINGLE PASS protocol,
which should result in reduced handling and increased throughput. If this
change will be successful, of which Biffa is very confident, the pasteurization
protocol for the Etwall IVC facility will also be adapted.
Project overview